You are here: About Us » Learning Resource Centre (LRC)

The Learning Resource Centre (LRC) is open from:

The LRC is a modern area which is designed for independent study. The LRC has wireless internet connectivity, 45 PCs, copying and printing facilities and over 12,000 reference and fiction books.

The LRC is open every day after school and is open to all students who want to find a quiet place to read or do their homework in a silent environment before making their way home. 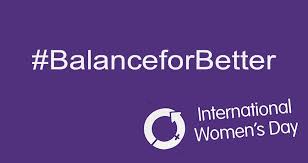 This years International Women’s Day is on Friday 8th March.

International Women’s Day is a global celebration, observed on 8th March each year. It aims to draw attention to the social, political, economic and cultural achievements of women, while providing an opportunity to reflect on the progress that has been made.

This year the theme is Balance for Better, which is call for gender equality, a call to build a more gender-balanced world.

To highlight and celebrate women, the LRC will be promoting the following:

A full list of these books can be found below/here: 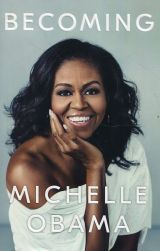 An account of the first African-American to become First Lady, and told from her own perspective, Becoming charts Obama’s rise from Chicago school girl to Ivy-League graduate, to one of America’s most influential women – former first lady, former lawyer and advocate of girl’s education and poverty awareness. KS4 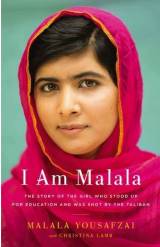 I am Malala – Malala Yousafzai

An autobiography written with the aid of journalist Christina Lamb, detailing Malala’s early life,  her father's ownership of schools and activism, and the assassination attempt made against her when she was only 15, following her activism for female education. KS4 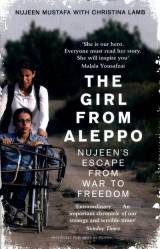 The Girl From Aleppo – Nujeen Mustafa

Another autobiography, co-written with Christina Lamb, telling the story of 16 year old Nujeen Mustafa and her escape from her war-torn country of Syria, and the ensuing sixteen month long journey to seek asylum in Germany. KS4 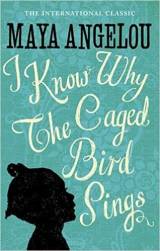 I Know Why The Caged Bird Sings – Maya Angelou

The first in a seven-volume series of autobiographies from Maya Angelou, documenting her childhood, from the age of three, when she and her brother moved to live with their grandmother, through to her seventeenth year. As critic Opal Moore put it, the book “…though easily read, is no easy read.”, with Angelou drawing on her experiences of racism, abuse, mutism and teenage pregnancy. Apart from authoring books, Maya also worked in the fields of performing arts and journalism, directed a film, and was involved in the Civil Rights and the Black Power Movements. A powerful read, which can be followed up with:  Gather Together in My Name, Singin’ and Swingin’, Getting Merry Like Christmas, The Heart of a Woman, All God’s Children Need Traveling Shoes, A Song Flung up to Heaven, and last but not least, Mom & Me & Mum. 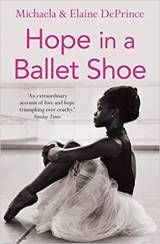 “One of my favourite sayings is: 'Don't be afraid to be a poppy in a field of daffodils."

Hope in a Ballet Shoe documents Michaela’s journey from Sierra-Leonean orphan, to refugee, to adopted American daughter. With her ambitions to become a successful ballerina, Michaela faced prejudice over the colour of her skin, which was only compounded by her vitiligo ( a skin condition). In spite of this, Michaela proved her critics wrong, going on to appear on ‘Dancing with the Stars’, documentaries such as ‘First Position’, Beyonce’s music video for ‘Lemonade’ and finally joining the Dutch National Ballet. Hers is a story of perseverance, resilience and hope, and is bound to inspire our students. It certainly was a hit among our current Year 8 students, who looked at the book for last year’s UHS fest, even re-enacting scenes from the book. KS3+ 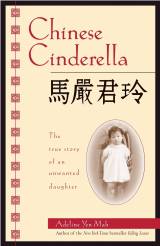 Considered to have been the cause of her mother’s demise,  Adeline is seen as something of a bad omen. Her siblings reject her and despite excelling academically, she is treated poorly by her father and step-mother. This is a story about resilience, hope and ultimately triumph in the face of adversity. Recommended for KS3 and above 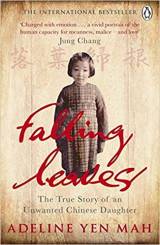 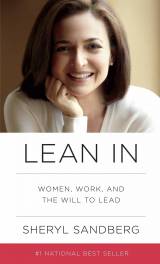 Lean In: Women, Work and the Will to Lead – Sheryl Sandburg

"A truly equal world would be one where women ran half our countries and companies and men ran half our homes. I believe that this would be a better world. The law of economics and many studies of diversity tell us that if we tapped the entire pool of human resources and talent, our collective performance would improve”

From the Chief Operating Officer of Facebook and founder of the ‘Lean In’ movement, comes a book in which Sandberg encourages women to ‘lean in’ to positions of leadership, while explaining how barriers, whether they be institutionalized or internalized, have held women back, preventing them from taking up leadership roles. In Lean In, she argues the case for gender equality, highlighting how a 50:50  balance would not only be beneficial in the workplace, but also in the home – making this the perfect book for our eldest students to read for International Women’s Day, with its ‘Balance for Better’ theme. KS5 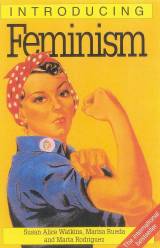 This introduction to feminism, which traces the development of the women's movement from its birth up until the 1990's is, no doubt, dated, as it was published in 1994! Still,  Introducing Feminism is a good guide to the history and development of feminism, exploring complex, theoretical topics through relatively short chunks of text, and complemented by cartoons, and jokes, making it a relatively accessible read. KS4 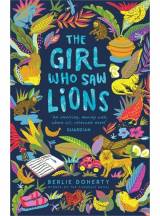 A story of how the lives of two girls, living under very different circumstances, converge. The book alternates between Abela's story, - a nine year old Tanzanian native, who is forced to leave her AIDS-ravaged village and move to England, and that of thirteen year old Rosa, who lives with her mother in Sheffield, in the North of England.  Also known by the simple title of 'Abela', the book touches on complex and difficult topics such as AIDS, child abuse, trafficking, immigration, fostering, adoption.  Ultimately though, it is a story that will stay with you long after you have finished it. A great book for classroom discussion. KS4 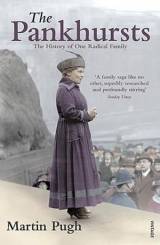 Traces the personal and political careers of suffragette and founder of the Women’s Social and Political Union (WSPU) - Emmeline Pankhurst, her husband Richard Pankhurst, and three of their children, the daughters Christabel, Sylvia, and Adela. KS4 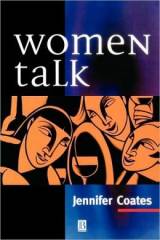 May be of interest to our A Level English Language students. If you're interested in sociolinguistics - Women Talk will, no doubt, make for fascinating reading, as the author analyses numerous conversations between female friends, focusing on their use of humour, questions,  turn-taking, repetition and hedges, among other things. A challenging read, that could be followed up with Tara Mohr's Playing Big: A practical guide for brilliant women like you (not available in the LRC). KS5+ 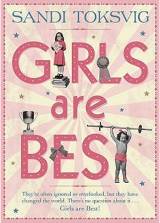 A nicely illustrated little book that examines the great achievements of, and inventions by women throughout history. KS3+ 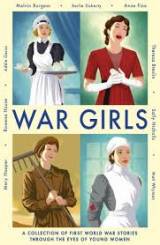 With War Girls, Adele Geras presents a collection of short stories, set during WW1, and, quite unusually, told from the point of view of women, detailing how the war impacted on their lives. 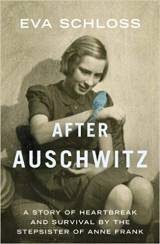 Eva Schloss, post-humus step-sister of Anne Frank, was sent to the Auschwitz concentration camp at the age of 15. Following her release, her mother married the sole-surviving member of the Frank family (Anne Frank’s father, Otto Frank) making Eva, Anne’s step-sister. After Auschwitz is Eva’s extraordinary tale of her life, and (in spite of the title) details her childhood, her experience of living through one of the darkest times in human history, as well as her reintegration into society, as she deals with survivor’s guilt, and grief. KS3+ 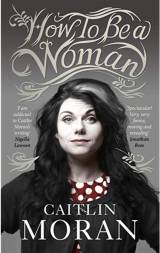 How to be a Woman – Caitlin Moran

An extremely witty and feminist memoir of sorts, from the journalist, author and broadcaster Caitlin Moran. KS5 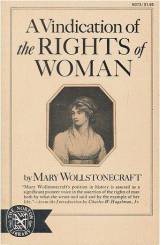 A Vindication of the Rights of Woman – Mary Wollstonecraft

From the mother of ‘Frankenstein’ author Mary Shelley, comes what some consider to the first feminist philosophical work. First published in 1792. KS5 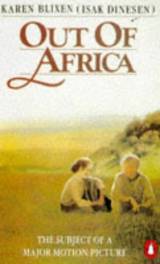 Out of Africa – Karen Blixen

A memoir from Karen Blixen, and written under the pen name of Isak Dinesen, ‘Out of Africa’ documents Karen’s journey from Denmark to Nairobi, Kenya, where she married Baron Bror von Blixen-Finecke and established a coffee plantation. Karen lived in Africa for seventeen years, returning to Denmark after a series of misfortunes, including infidelity, low crop yields and debt. A beautifully written book that opens the readers eyes to life in colonial British East Africa. KS5

Everything, Everything – Nicola Yoon

Protagonist Maddy has never taken a step outside. Supposedly suffering from an immune disorder called severe combined immunodeficiency (SCID), also known as "bubble baby disease”, she lives within the confines of her meticulously cleaned home. Her only company is her mother, her nurse(s) and the characters in the pages of the many books that she reads. Every day is the same, but one day, her life takes an unex a boy moves in next door, and Maddy’s life. This is a thrilling read with a great plot twist, and unsurprisingly has proven to be a favourite among Ursuline students. 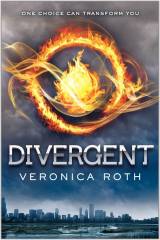 Set in a dystopian society, the citizens of post-apocalyptic Chicago are divided into five factions: Amity, Abnegation, Candor, Dauntless and Erudite. At the age of sixteen, young people can choose to join a different faction, but must complete the challenging initiation in order to be accepted, facing the possibility of life on the streets if they don’t succeed. The protagonist, Beatrice, decides to change factions from Abnegation to Dauntless and must prove herself to be fearless. But as we later find out, she doesn’t belong to any of the factions at all. 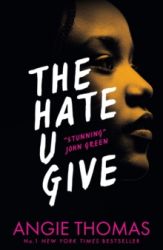 The Hate U Give – Angie Thomas

Following the unjust police shooting of her best friend, protagonist Starr turns to activism in a bid to fight for justice. 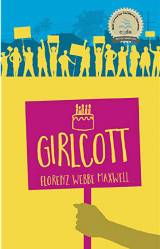 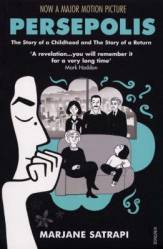 This graphic novel from Marjane Setrapi documents Marjane’s childhood and teenage years growing up in Iran, and the impact that the 1979 Islamic Revolution and the Iraq War had on her and her country. More suitable for older readers. KS5 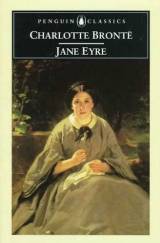 A coming of age story documenting one woman’s life, from her unhappy childhood to her adult years working as a governess. While Bronte herself felt unable to publish the book using her real name, instead adopting the male pen name of Currer Bell, for fear that a work written by a female author would be more likely rejected by publishing houses) the protagonist in Jane Eyre is an unsubmissive, independent and self-reliant woman, who overcomes adversity and societal norms. 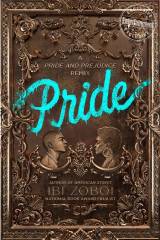 A modern retelling of Jane Austen’s ‘Pride and Prejudice’, set in Brooklyn, USA. 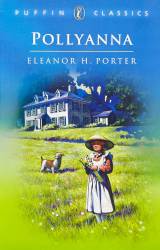 Orphan Pollyanna moves to New England to live with her aunt; a woman who is quite the opposite of her in personality. With her positive, upbeat and optimistic outlook on life, she teaches the people of her aunt’s town the power of positivity.

City of the Beasts – Isabel Allende

Am I Normal Yet? – Holly Bourne  First book in the Spinster Club series,

Does My Head Look Big In This? – Randa Abdul Fattah

Piecing me Together –   Renee Watson

Lies We Tell Ourselves – Robin Talley

A Room of One’s Own – Virginia Woolf

To the Lighthouse – Virginia Woolf

A Wrinkle in Time – Madeleine L’Engle

Thought for the Week
"Those who remain silent are responsible."
Edith Stein