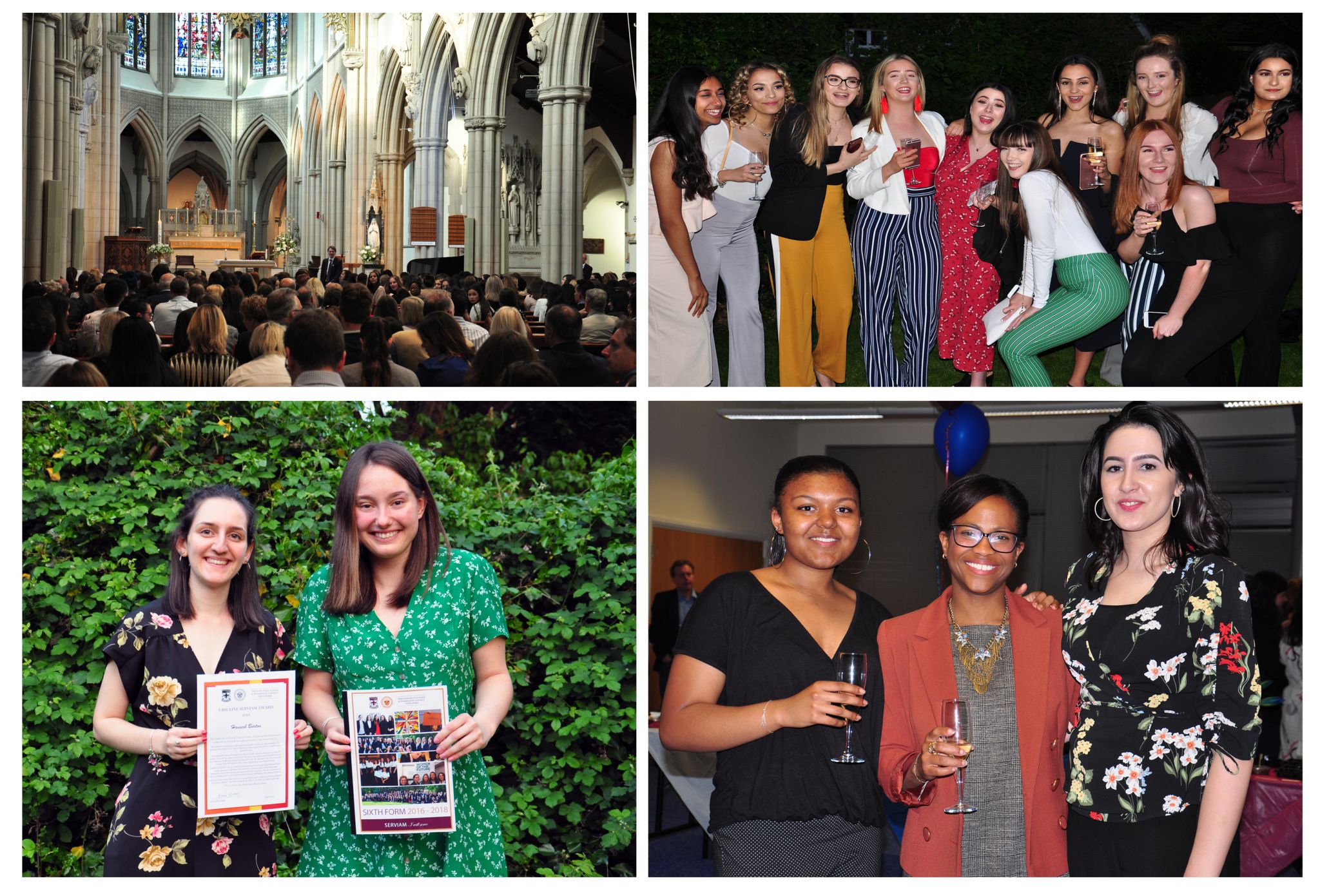 Year 13 students, their families, friends and staff attended a Celebration Mass and Prize Giving held at Sacred Heart Church and reception which was held at Ursuline Sixth Form Centre on Friday 18th May.

Canon John Clark celebrated the Mass, with a strong message to students to serve and to embrace life and its many challenges, as they leave the Sixth Form and venture into the world of university, apprenticeships and work! The Sixth Form choir, sang beautifully during the Mass- which was a wonderful compliment to the service.

The Mass was followed by Prize Giving, with an Award for Achievement and an Award for Progress for students in each subject. Ms Waters presented the Special Award for Serviam to Hannah B (bottom, left, on the left) and for Academic Excellence to Sarah E (above, left, on the right).

Each student was presented with a Leavers’ Gift and the celebration and awards were followed by a champagne and canapé reception at the Ursuline Sixth Form Centre, for staff, students and their families.

We wish our Year 13 students the very best of luck in their future endeavours!