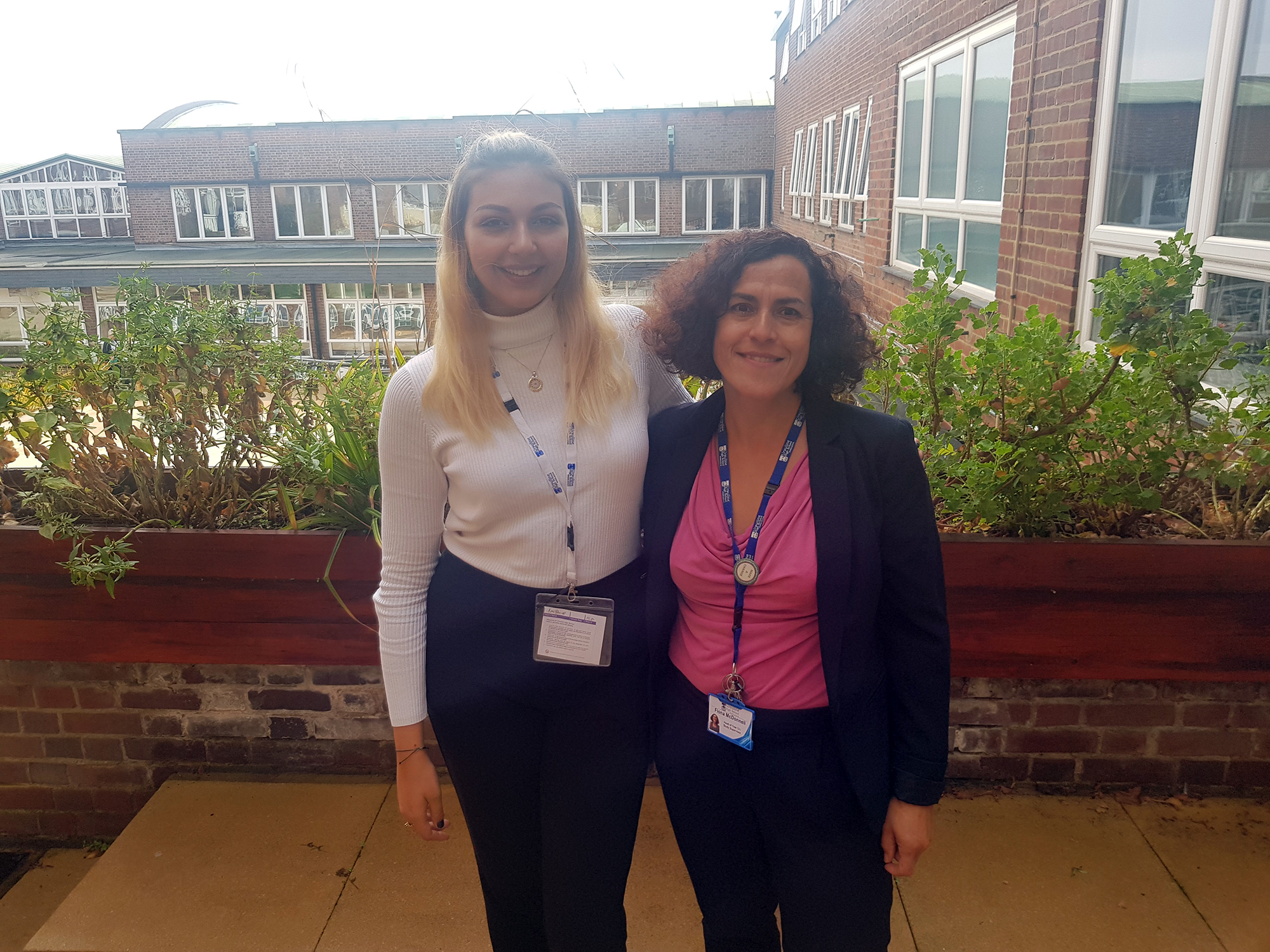 Vanesa joined us here at Ursuline High School Sixth Form in September 2016 from Raynes Park (which she joined when she was in Year 9). She studied German, English Lit and History at A level.

She applied to Oxford University in Year 13 and supported by Ursuline's Oxbridge Programme, was offered a conditional place to study German.

In August 2018, she achieved A grades in German and English Lit and a B grade in History which enabled her to take up her place at Oriel College.

She began her studies at Oxford last Autumn and has successfully completed her first year there. She appears to be thoroughly enjoying the challenge of the course and her new surroundings and even spent the whole summer in Oxford working on the summer school programmes.

Vanesa returned to visit us here at UHS this half term to share some of her experiences and she is looking forward to beginning the second year, particularly as she is now part of the college 'family' whereby she becomes 'Mum' to a first year student! She is planning her year abroad in the third year and hopes to study in either Vienna or Berlin.

Thought for the Week
“A humble soul does not trust itself, but places all its confidence in God.”
St. Faustina