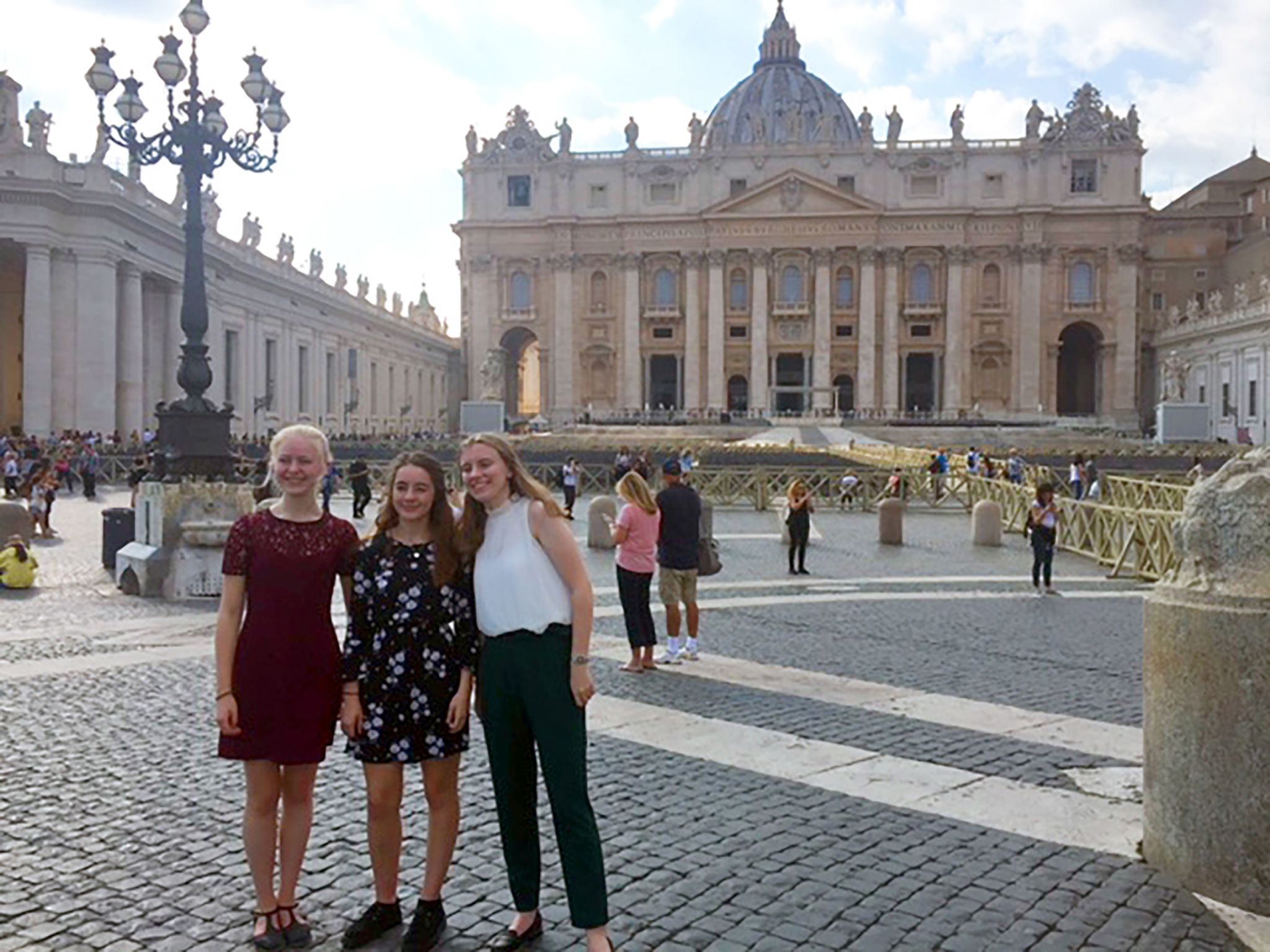 Young Catholic women from the Ursuline High School, Wimbledon asked for a full and active role within their Church at a Symposium in Rome on 1st October 2018.

The Symposium was led by Professor Tina Beattie from Roehampton University and Catholic Women Speak at the Pontifical University Antonianum.  Here leading female theologians, religious and educators, from across the globe, spoke of the continued marginalisation of womens’ voices in the church.

In anticipation of the forthcoming Synod concerning young people, faith and vocational discernment, this event was held to launch the publication of a book Visions and Vocations: The Catholic Women Speak Network. In this book, published by the Paulist Press, women share their stories visions and vocations. A letter written by Ursuline students to Pope Francis, responding to his words in Amoris Laetitia is included in this book.

Throughout the day, the Head Girl and Deputy Head Girls from the Ursuline read excerpts from this letter, in which students talk about their “feminine genius” and describe their hopes, aspirations for their future as young Catholic women of faith; in the church, in their careers and in all aspects of their live as women; students ask to play a full and active part in their church.

“As a young woman in the Catholic Church, I have faith but the Church does not enrich my sense of what it means to be a Catholic woman in the ways it could. Ideally, I believe the Church should be more outspoken in parishes about the roles of women in the Church beyond motherhood and about equality and women’s leadership”.

“We are so grateful for your leadership and example. We hope that we have shared some of the experiences of being young Catholic women today. We pray for you and all in the church who are working for a better world, please, include us in this work”.

Julia Waters, Headteacher talked at the Symposium about the pressing need for female leaders at all levels of the in the Catholic Church.

A full list of contributors to the Symposium and to the book can be found at www.catholicwomenspeak.com.

Thought for the Week
"The greatest honour we can give God is to live happily because of the knowledge of his love."
St Julian of Norwich