You are here: Parents » News » Time To Network 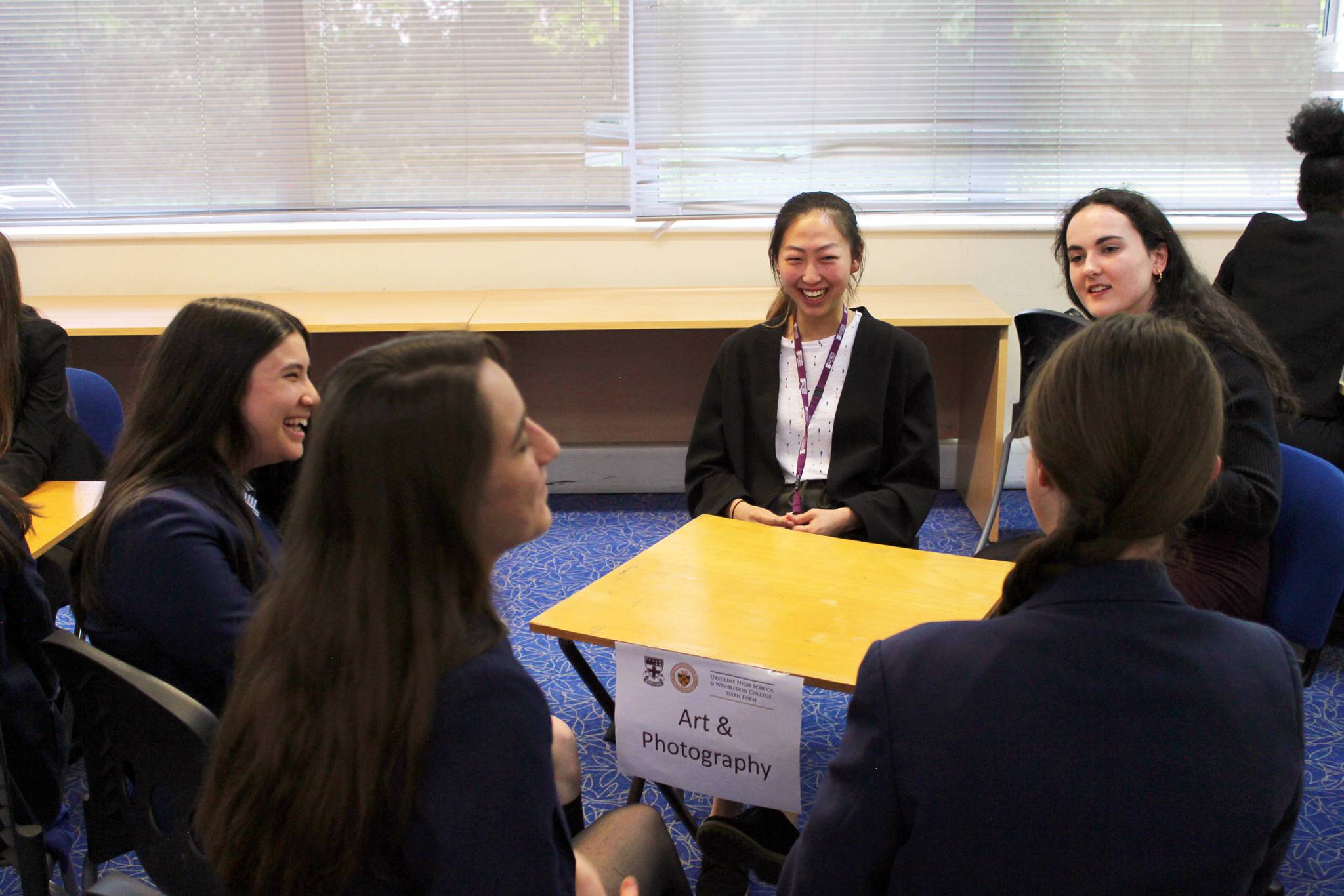 What better way to find out more about your school sixth form than to ask the sixth former's themselves?

Year 10 were given that very opportunity this term, as they took part in a Sixth Form Networking Event with Year 12, where they were able to question the students on the range of courses available to them in the Ursuline Sixth Form. Year 10 were also interested in the general ‘sixth form life’ and the sixth former experience of a mixed sixth form (with Wimbledon College). The Year 12's gave a great deal of sound advice and Year 10 gained untold amounts of helpful information from the day to make those key studying choices going forward.

“I really enjoyed the opportunity to find out more about Biology, as I am considering studying this at A Level, the sixth former's I spoke to really recommended the course, seemed really happy with their choice and the science facilities available in the sixth form are apparently really good.”

“The sixth former's were really friendly and easy to talk to, they told me lots of information at the subject stands I visited.. I found the experience really helpful and I am definitely thinking to apply and do my A Levels here, at the moment I am thinking about taking English, History and Art.”

“This was a really good way to find out more about the sixth form, I hope we can have more sessions like this in the future.”

Find out more about Ursuline High School and Wimbledon College Sixth Form and the opportunities we offer here.