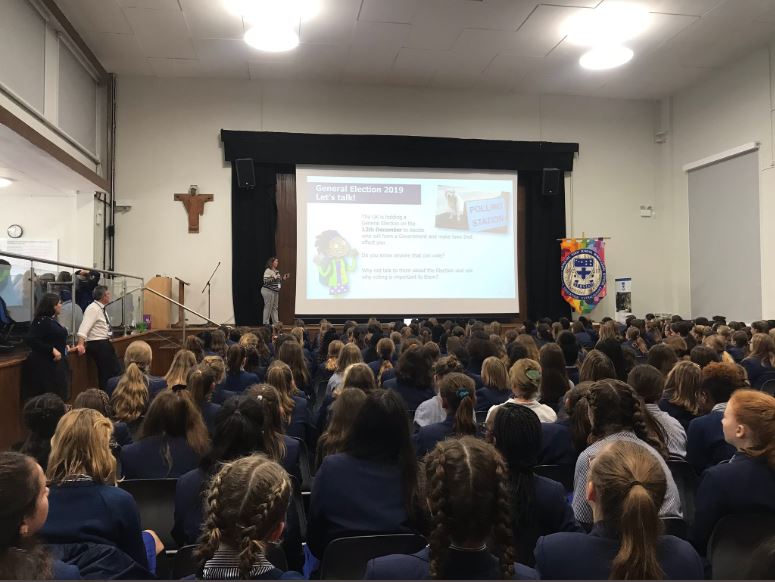 We were fortunate enough to have Ms Carpenter, a former teacher from Wimbledon College who now works at the Parliament Education Service, deliver a series of assemblies to all year groups as part of UK Parliament Week. Ms Carpenter explained to the students how the UK’s parliamentary system works and, especially pertinent, how our electoral system works.

Students also took part in a Q & A session and asked a range of insightful questions. At the end of the session, the 6th form students took part in a survey, and 94% of them indicated that intend voting in the General Election. The school will be holding it’s own Mock General Election on 12th December and we hope our voter turnout is that high!

Thought for the Week
"Those who remain silent are responsible."
Edith Stein